People are looking for you. They are desperately in need of the service that you offer. Your product is at the top of their shopping list. These people are your target audience. The question is, do you know how to reach them?

Consumers today are different than they were a decade ago. Thanks to the internet, today’s buyer is well-informed; they have done their research and often know exactly what product or service they are looking to purchase. So now they just need to decide from whom they want to buy. How will they find you amid your competition? And why should they choose to work with you?

Here are a few important questions to ask yourself about your current marketing tactics:

If you can answer “yes” to each of these questions, good work!…you are on your way to attracting your target audience to your business! If you answered “no” to one or more of the above, you should consider reaching out to a marketing expert who can help you figure out the best ways to reach your audience. If you think you don’t want to spend money on marketing assistance, consider the money you are losing each day by not targeting the right prospects.

Ready to get started? Contact me, and let’s talk.

There are many professions that lend themselves to the work style of the off-site independent contractor, and copywriter and copyeditor are high on that list.

Gone are the days when you had to be physically in a company’s office to work effectively. Thanks to the internet, cell phones, and email messages that travel around the world faster than the speed of light, a telecommuting freelance communications expert can be an extremely effective solution to your company’s needs.

So what are some of the top reasons you should consider hiring a freelancer to work on your next communications project?

The case for hiring a freelancer for your next copywriting or proofreading project is compelling! If you are convinced, and would like to learn more about how I can help your company, please review my services, and then contact me so we can discuss your specific needs.

If you had a low-cost tool to attract your most-qualified prospects directly to your website, wouldn’t you use it? I have great news for you: this tool already exists. It’s called blogging. 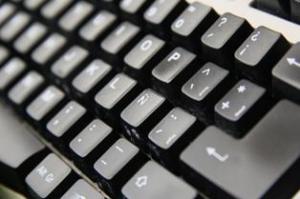 Get your blog on!

Blogging is one of the most effective ways to draw in your target audience, and there are compelling statistics to prove it. According to Hubspot, a company specializing in inbound marketing, companies that actively blog generate over 125% more leads than companies that aren’t blogging. Blogging companies have 55% more website visitors, 97% more inbound links, and 434% more indexed pages, all attributes that are critical to increasing a site’s search engine optimization (SEO, or the way that search engines determine which site will be listed first on the search results page).

You are an expert!

You may not realize it, but you are already an expert blogger. Congratulations!

People often say the reason they don’t blog is because they don’t have anything to blog about. Wrong! You are an expert on your business, on your product or service, and your target prospects are interested in learning more about what you do…what makes you different. So share your knowledge; your blog is a great channel for providing educational content to clients and prospects.

Think about an ad in a newspaper or on a webpage. This rented space is surrounded by others’ content, distracting potential customers and diluting your message. And ads generate no leads for your company after the ad expires…it’s like they never even existed.

Compare that to your blog. That content is yours; you own it…forever! An old blog entry can generate leads via search engines for months, even years, after it was first posted.

Looking for a little inspiration to get your writing wheels turning? You’re in luck. Hubspot has a Blog Topic Generator tool that allows you to input keywords about your company or products, and it will give you a week’s worth of suggested blog posts.

And if you don’t feel like writing is your strong-suit, hiring a freelance writer can be well-worth the investment. Typically, a freelance writer will interview you to learn about the blog topic and then ghost-write a well-crafted post on your behalf. Learn more about my services »

So no more excuses! It’s time to resolve to start a blog for your business.

In this era of instant communication, writing basics are often overlooked or simply ignored. But like it or not, your words define you, even when acronyms and hashtags are involved. So take note of these common mistakes…and avoid them in your writing.

Understanding and applying these rules of grammar can instantly improve your writing. If you have a punctuation or grammar question, please leave a comment below!

We are raising a generation of narcissists, says a recent study conducted by researchers at Utrecht University in the Netherlands, the University of Southampton in England,  and The Ohio State University. [View the study here] In short, the study found that parents who “over-value” their children (i.e., believe their children are smarter and/or more special than others) have children who rate higher on the 10-item Child Narcissism Scale.

The study defined narcissists as individuals who “feel superior to others, fantasize about personal successes, and believe they deserve special treatment.”

The problem with over-valuing children

While all young children are naturally a tad self-centered, the prospect that we, as parents, are nurturing ego-maniacs is concerning for our society. You might think: “Aren’t I just improving my child’s self-esteem when I tell him he is special and smarter than other kids?” Maybe, if done in moderation, but the study notes the nefarious side of narcissism:

“When narcissists feel humiliated, they are prone to lash out aggressively or even violently. Narcissists are also at increased risk for mental health problems, including drug addiction, depression, and anxiety. Research shows that narcissism is higher in Western than non-Western countries, and suggests that narcissism levels have been steadily increasing among Western youth over the past few decades.”

While I’m certain that I’ll never be Mother of the Year, there is one particular quality that I strive to nurture in my children, and I’m proud of the results thus far: gratitude. Beyond “please” and “thank you,” my husband and I frequently remind our boys that they are not special or better than others, but that they are fortunate to have all that they do, and that there are people who are not as lucky as they are.

“We are privileged, and the duty of privilege is absolute integrity.”
—John O’Donohue, Irish poet & philosopher

One way we have driven this point home has been with no-gift birthday parties. Beginning with our older son’s 4th birthday, we asked his friends to bring canned goods for the local food pantry instead of gifts. I initially worried that people would think I was the meanest mommy in town–depriving my child of a bevy of new toys–but to my pleasant surprise, the other parents were actually appreciative, not only for saving them a trip to the toy store, but also for allowing them a teaching moment with their own children on why we should help those in need.

Parents asked how we got our children on board with the no-gifts concept, but that was quite easy. I believe that children instinctively want to help others. We told our boys that there are people in the world who don’t have enough food to eat…and reminded them that we already have a lot of toys to play with…so wouldn’t it be nice if we could use this birthday party to help the people who don’t have food? And they have agreed. 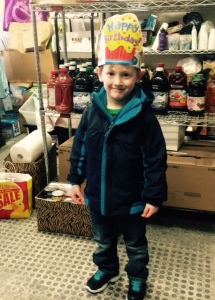 This week, we celebrated our older son’s birthday, and once again, instead of gifts, he collected canned goods for the Saratoga County Economic Opportunity Council food pantry at his safari-themed party at The Children’s Museum at Saratoga. As we drove to drop-off the donated items, we talked about how lucky we are to have plenty of food to eat, and how nice it was for him to think of others on this birthday. I looked at him in the rear-view mirror, buckled in his carseat, and I could see the pride in his face, knowing he was doing something good to help others. To me, that is how you build a child’s self-esteem.

I was born and raised in the South, and frankly, my dear, I always thought I would live below the Mason-Dixon Line. But life had other plans for me, and a year ago, my family and I moved to Saratoga Springs, New York.

More than once during the past 12 months, I have felt like a stranger in a strange land. When I attempt to order sweet tea, for example. But to my surprise, I have acclimated to this new environment with relative ease. And I’ve learned a few things along the way.

Here are a few observations from my first year in Saratoga Springs:

Pigs, potholes, and ponies, oh my! I’m definitely not in ‘Bama anymore! Upstate New York may be a different world, but I have discovered that Saratoga Springs is a charming town chock-full of vibrant people, fantastic restaurants and stores, and intriguing history. Y’all get some sweet tea on the menu, and this place just might start to feel like home.

Are you a transplant to the Saratoga Springs area? What have you learned during your time here? Leave a comment below!